Davidson won a commission through an open call for artists back in 2007 to join the design team responsible for revitalizing the Sunniside area of Sunderland.  Sunniside Partnership, the acting body in charge of the overall scheme, wanted to bring together the skills of various artists and designers to reshape Sunniside through the use of sculpture, sound, video and interactive lighting installations. The final group included renowned sound artist Bill Fontana, video projection artists SDNA (London) and architects KAPOK (Berlin) who designed the lighting and fundamental architectural strategy. 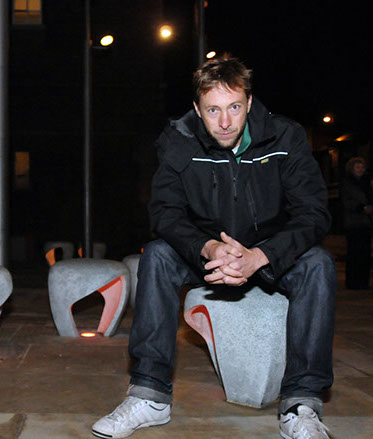 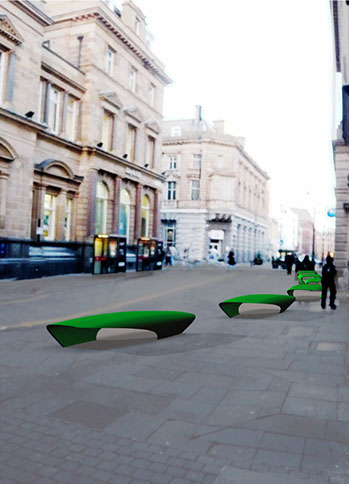 From the outset Davidson wanted to use the polymer based concrete called Jesmonite to create sculptural stone like forms with the advantage of it being warmer to the touch and also stronger than concrete. The final design was cast with  coloured quartz and marble aggregates and also mica to add a reflective quality to the material. At night, interactive elements including KAPOK's light sculptures, SDNA's video projections and Bill Fontana's spookily invisible soundscapes bring an extra dimension to this urban project.

Davidson, who was given the job of designing the seating, felt the project was about turning street furniture into an active element, empowering it with a look of freedom and motion as if it wasn't fixed down. The original concept for a series of walking benches were too big for the finalized street layout so the design was developed into a stool module. The stools would eventually run down St. Thomas street drawing the public along a route from the shopping centre to the recently built and as yet undiscovered Sunniside park. 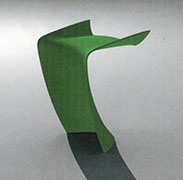 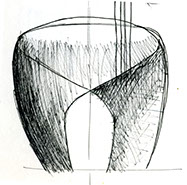 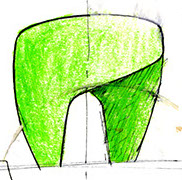 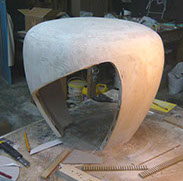 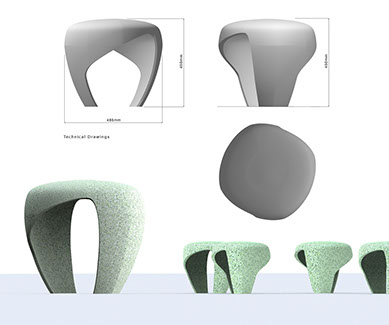 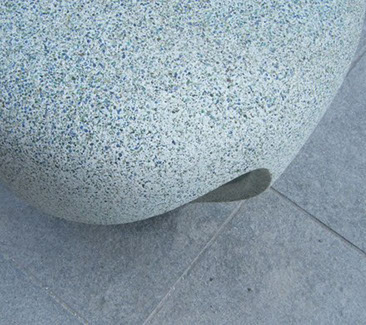 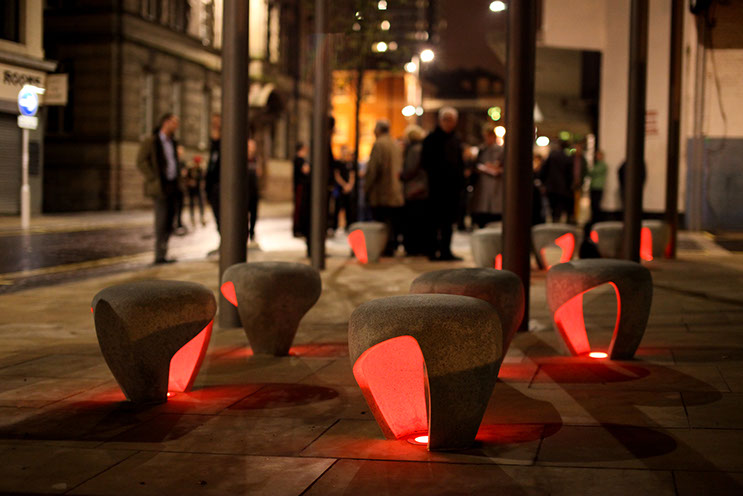