Inspired by the concept of a silk thread being as strong as an equivalent thread of steel Charlie Davidson planned to create a cocoon like object from wound steel cable.

The design of the floating balanced form was arrived at fairly quickly however the steel cable idea was soon abandoned after a number of  prototypes sections proved steel cable would be to heavy. Davidson switched to a lightweight man made material giving the finished piece the look of a silk wound cocoon giving rise to the  name Silkworm.

This piece now resides by a pool in Holywood,LA. 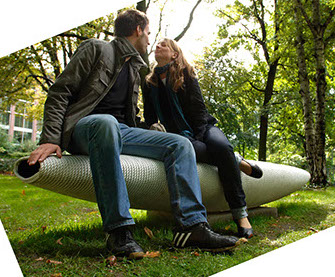 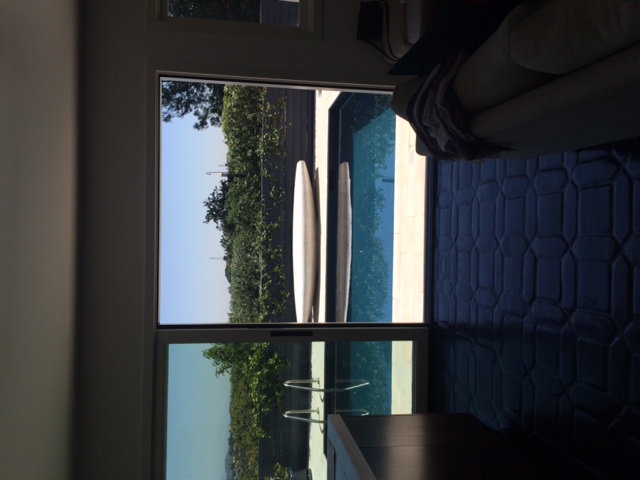 The making of Silkworm 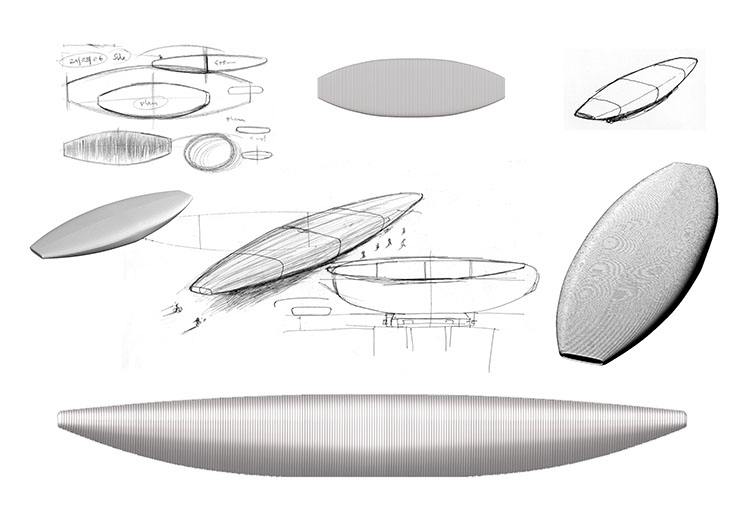 1:6 scale model made from soldering wire 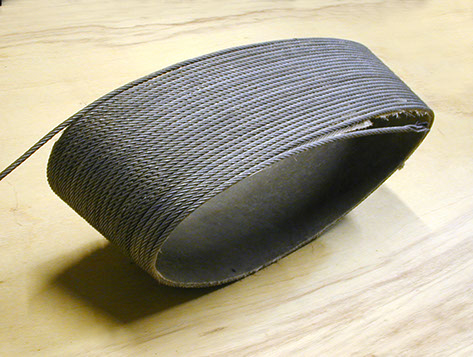 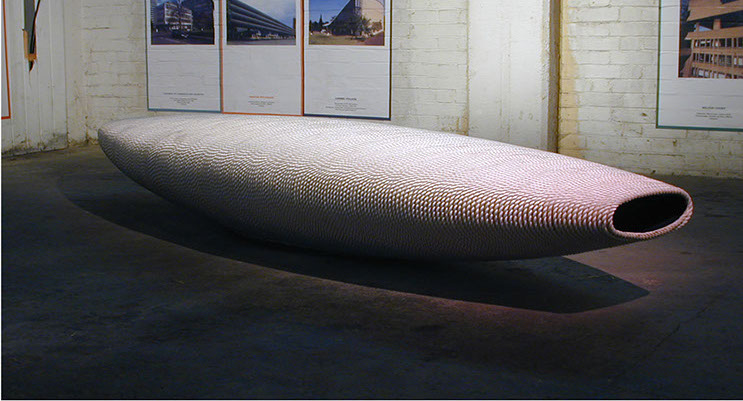 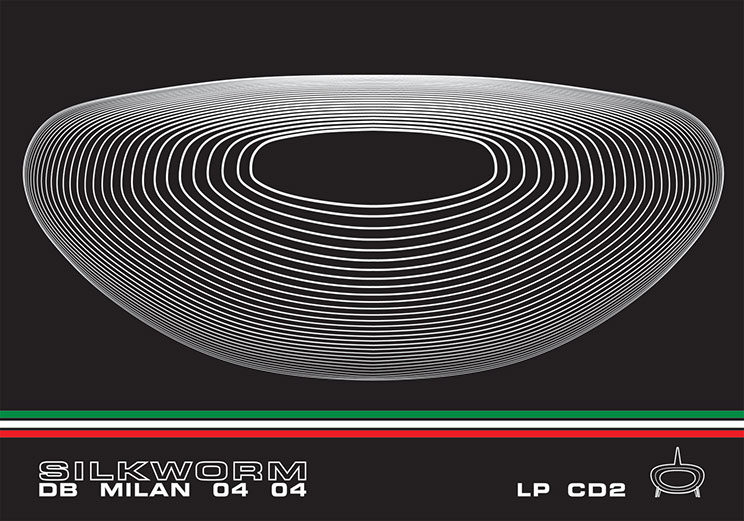