A trick of light, IRIS

A 100cm diameter lighting installation which is made up of 90 miniature circular projector screens and 90 coloured light reflectors supported on a lightweight tensioned structure. White light from a centrally mounted photo bulb bounces off coloured reflectors onto the circular projection screens.

I was sitting in my studio in the forest when a strange pink glow started emanating from the back of my computer screen. What initially appeared to be a moment of spiritual enlightenment turned out to be nothing more than sunlight bouncing off a square of fluorescent pink card and reflected by the anodised aluminium surface of my laptop. Well it didn't take me long before I had a

concept and a drawing. 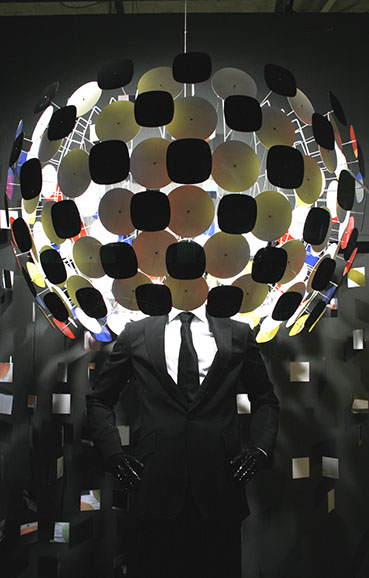 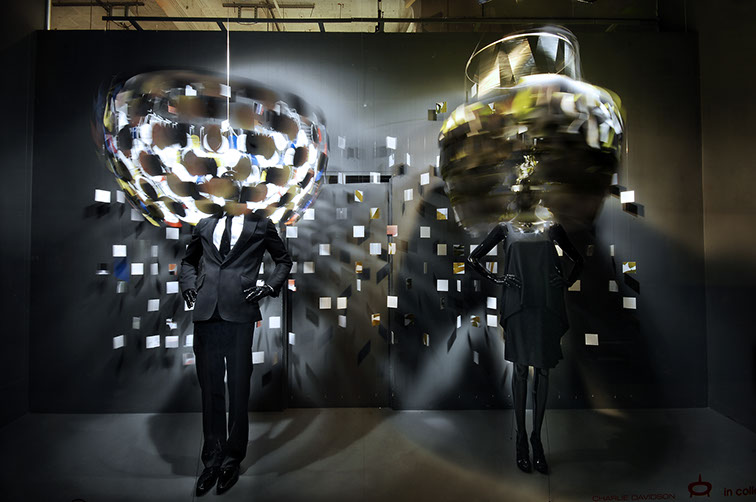 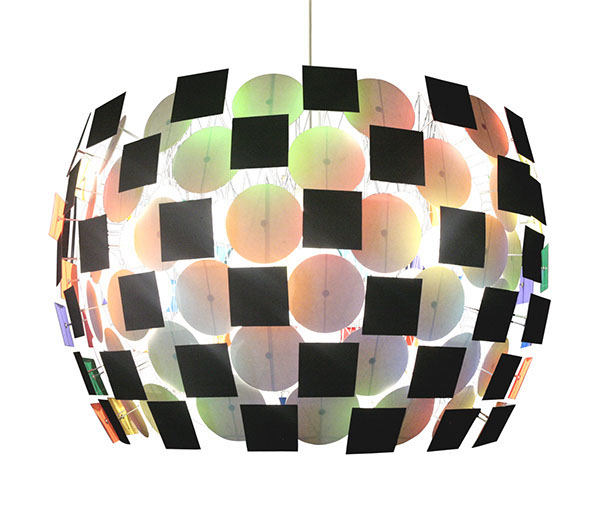 The origination IRIS made from hand cut and laminated card

Selfridges window display with an early version of RUFF