I had this idea to make a range of outdoor poolside seating using the very simple and relatively cheap process of rotational moulding. The project was called The Duck chair. The plan would be to make the mould my self from sheet steel using only flat and rolled surfaces thus limiting my self to a jigsaw, a sheet steel roller and welding equipment.

Well the plan changed along the way as always and I ended up making a one off  positive rather than a negative original for batch production. 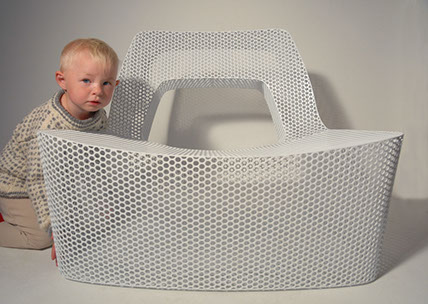 Is this the coolest chair ever made?

I made a 1:5 scale model of a design from a CAD model I must have redrawn 20 times. Then I made a painted full scale prototype to test the posture and overall form before beginning the the complex task of producing a five part mould.

I made some final renders of the amended design and played around with various render materials to see how the same design would look in different materials such as titanium and glass. I also tried 'speaker grill mesh' for fun and left the computer overnight to do its maths. In the the morning it had only managed to render 20% of the image but what I saw became the Cool chair.

I ditched the complex tooling idea and made a one off original and because of all the holes titled it 'Is this the coolest chair ever made'. 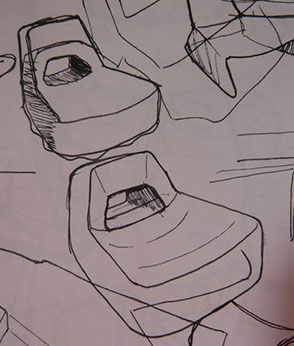 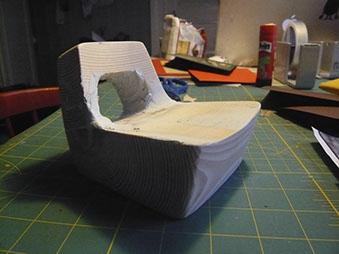 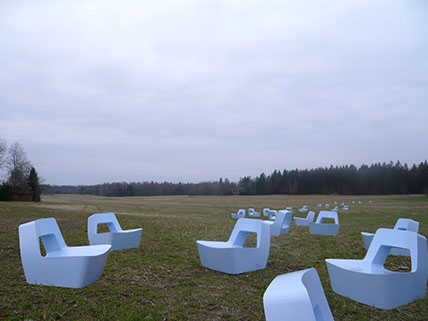 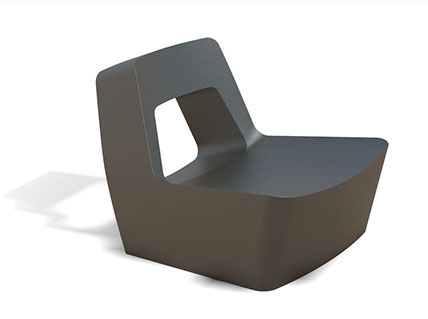 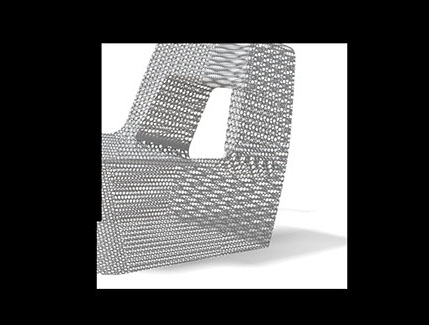 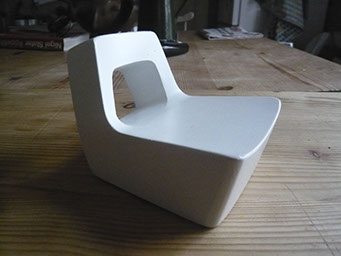 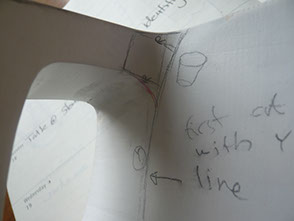 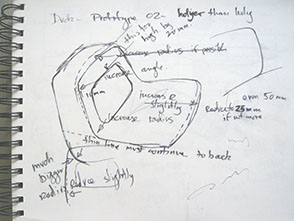 I made a wooden buck of the finalised design to help me form the metal sections which I hand cut using a jig saw from 2mm thick perforated steel sheet.

Over the course of 5 long working days I made the first chair, carefully lining up all the punched holes so the design was almost seamless.

The finished design was powder coated and launched at 100%Design 2009. It was subsequently shown in Milan 2010 and Colonge 2011. I made a second one to make a matched pair for a garden at the Chelsea flower show 2011. 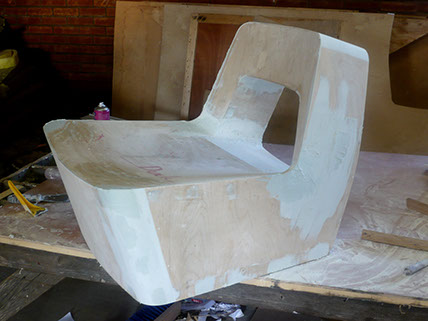 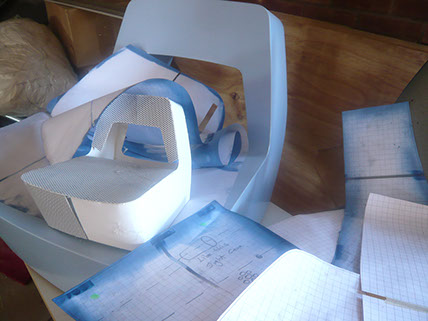 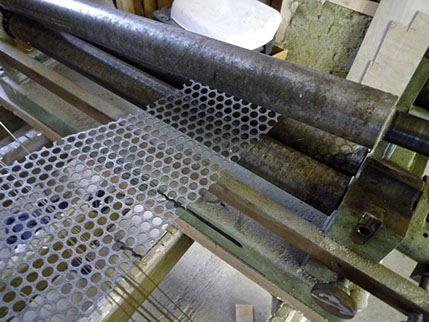 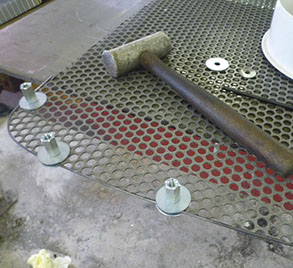 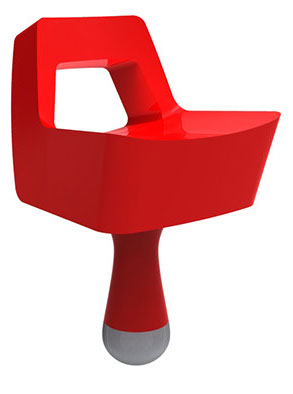 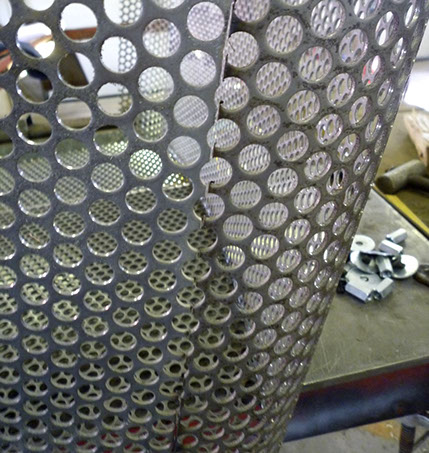 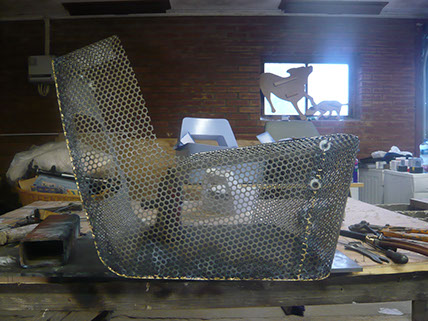 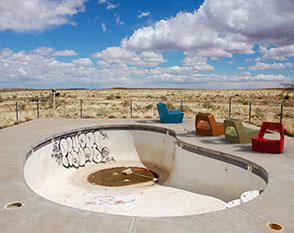 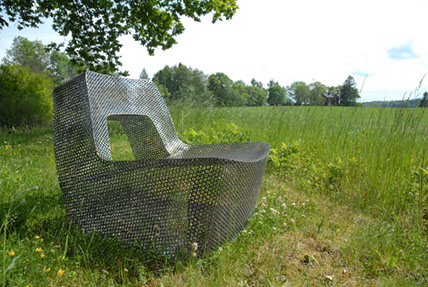 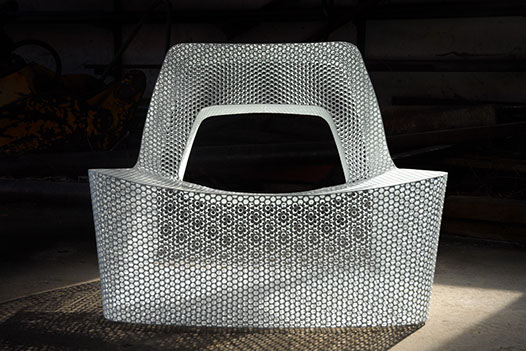 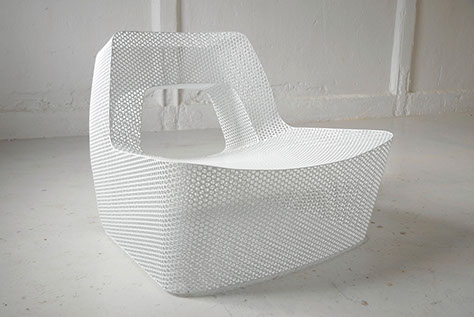 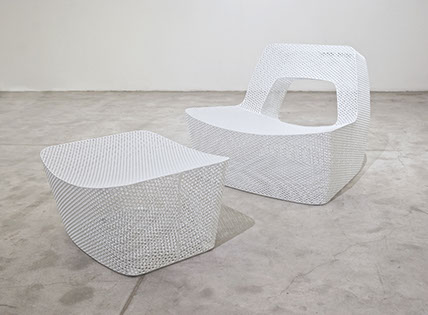 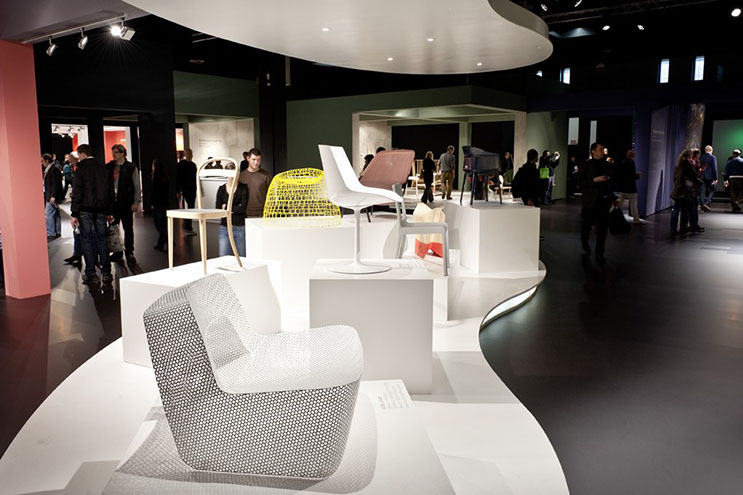