Like a piece of hell frozen in space... This award winning light has seen many imitations and copies but none really match the theatrical quality of the original.

Davidson started working in film and TV during the early 90's as an art director and prop builder. It was here he discovered a black coated foil material used around film lights to shape the light beam. It was obvious this malleable material could be formed into a chair but less obvious at the time it would make an even better light. Davidson made drawings for a chair but it wasn’t until in 2005 that he had a eureka moment and the Black-Light was born.

The making a Black-Light 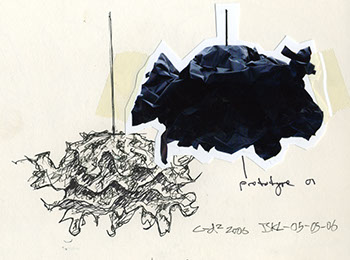 I was invited by Designersblock to make an installation for the Frankfurt Messe in 2006 not long after I had prototyped the Black-Light. I pretty much designed the finished light in my head and had a bunch of stainless steel rings cut and went to a film lighting shop and bought 50m of black aluminium foil, tape and lighting gels and flew to Frankfurt.

I made 5 x 1m diameter Black-lights in two days from scratch.

I then showed the lights at the London and Tokyo design festival the same year and then the following year in Milan and New York. 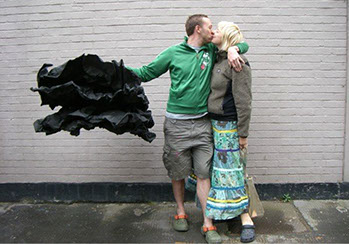 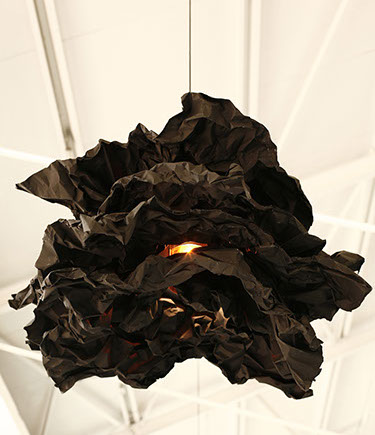 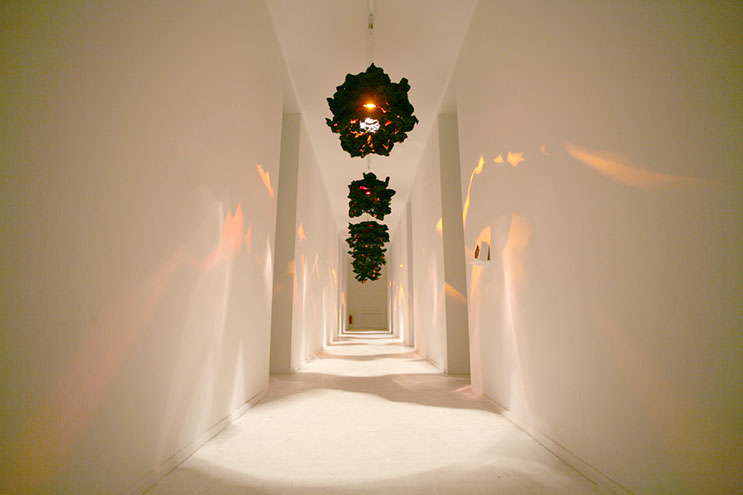