Davidsons work can be best described as a combination of art, design and invention. Its original in concept, often playful and technically delightful which is possibly why his work caught the eye of LEGO at the 1992 New Designers show in London.

Not long after beginning work with LEGO he moved to the not so glamorous Hackney Wick in east London, separated from London by the M11 and from Stratford by the Hackney marshes with its side streets built up with toxic looking car breakers, discarded mattresses and the remains of the last industrial revolution. However the stagnant canals, the Victorian brick buildings and the draughty warehouses were a haven and inspiration to a young and wide eyed designer & maker.

Not far down the canal from the warehouse Davidson lived was the Big Breakfast TV studio (an early morning TV show housed in the old lock keepers cottages on the Lee Navigation Canal) and quite by accident found himself building props and art directing in the early hours of the morning. Along with his freelance work for LEGO Technic as a creative visionary and this new avenue into Television and soon photography Davidson felt satisfied with his output. However he realised his main passion was routed in his own creative world and an unstoppable compulsion to draw and make things.

In 1997 Davison decided to focus more time on his own work and instigated The Lander Project. In 2002 Davidson launched his first collection with Designersblock at the London design festival consisting of three distinctive pieces; The Lander chair, the A-10 Bombshell and A-10 Buck. This was the start of a creative cycle of making, exhibiting and working (for cash!) under the name Charlie Davidson Studio.

In 2005 Davidson met Bodil Söderlund and started collaborating on ceramics projects. Soderlund Davidson have subsequently gone on to produce sculptural commissions and installations including a series of window displays for Heal's, London.

Today Davidson lives in south west Sweden with his wife and two children.

He continues to develop his own practice producing one off pieces as well working on architectural projects, exhibitions and feature films as an art director.

He has been quoted as saying "I can design and build anything". 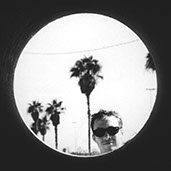 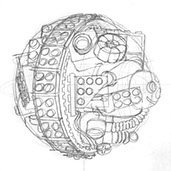 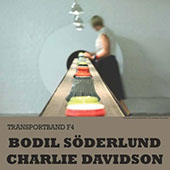 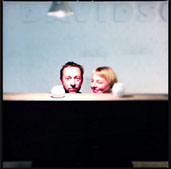