A selection of projects from the beginning of time. 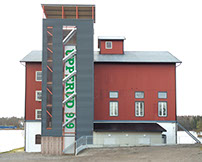 We have been working on the renovation of a well known building in Dalsland, Sweden, the old grain silo at Upperud. It was closed in the seventies and has since been used as an aquarium and most recently a crafts centre.

In 2012 Kerstin Söderlund bought the building with a dream to convert it into a hotel for families, hikers, canoeists and cyclist who pass by this popular part of Dalsland. The grain silo is positioned on the Pilgrims trail and the Dalsland canal and is a short cycle from the historic Håverud aqueduct. 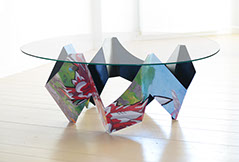 I have always had an interest in graffiti art, in particular the emerging trend of 3D graffiti where the texts and graphic forms seemingly jump off the page through use of shadow and highlights.

I started following various graffiti artists on Instagram using the  #3dgraffiti as a starting point to making a piece of furniture. 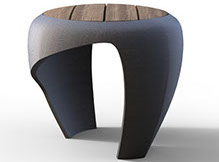 In 2010 I finished an outdoor seating design for Sunderland City Council. I subsequently got requests from other inner city development projects in Europe requiring outdoor seating which led to this updated design. 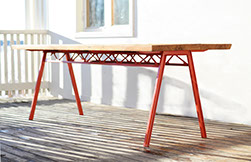 Charlie is a visiting lecturer on the MA industrial design course at Kolding Design school in Denmark.

On one of many trips across the Öresund Bridge between Denmark and Sweden I started to pay greater attention to the bridge structure and the huge sections of cut and welded steel that make this truss and cable stay bridge possible. Naturally this became a starting point for a project. 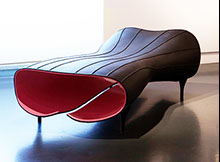 "I visited an exhibition at the Building centre on the south bank,London  titled 'Concrete'. Not the most exiting of sounding show I thought but you never know what you might learn".

The show was interesting enough but what caught Charlies eye was a photograph of a giant corset like object made from Kevlar. Some time later he visited the house of a costume designer who had in her front room a tiny blue satin corset on a stand from the mid1900's, this sparked a connection between the two objects and the beginning of The object of desire. 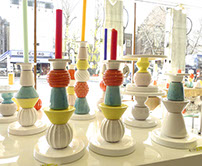 I have collaborated on numerous projects with my wife Bodil Söderlund who is a ceramicist and graphic designer. After exhibiting our conveyor belt installation at Tent during the 2013 London design festival we were commissioned by Heal's to create a window display for the Modern Craft Show. 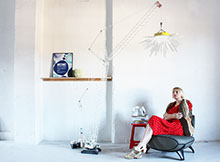 I used to work for LEGO and would often travel over to Billund in Denmark to visit the design studios and work on new projects and ideas. The LEGO offices were full of toys and models, one model that stood out was a 1:50 scale model of a crane. It was beautiful and also useless but I would eventually change that. 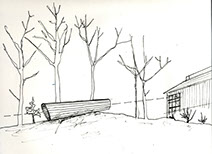 As you may know, I do allot of installation work with my partner in crime Bodil. We were commissioned by Dalslands Konste museum in Dalsland, Sweden to make a play sculpture for the Museums sculpture garden.

The original plan was to build a fake birds nest in a fake tree..... 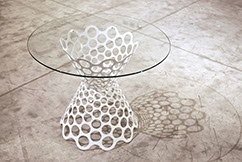 "I had just finished exhibiting the Cool Chair and my head was filled with questions about how it could be made more easily, after all it would take me a week to make one by hand".

The problem with making furniture from punched steel sheet is that when you cut it you are left with a jagged edge that needs to be tidied up. That gave me the idea of designing my own punched steel sheet putting all the holes in the all the right places..... 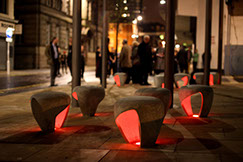 Back in the days when local councils in England had money to spend on interesting redevelopment projects I won a commission to work on the redevelopment of the Sunniside area of Sunderland. 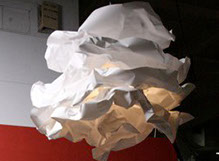 In 2005 I prototyped a light fitting made from a black painted aluminium foil used in film lighting. I subsequently made a number of Black-Light installations around the world for various design shows. In 2010 I showed the Cool Chair at the London design festival along with a 'White-Light' made from white Colorama photographic background paper. You may find similarities between this an a similar version manufactured by a well known Swedish furniture outlet...... No IDEA? 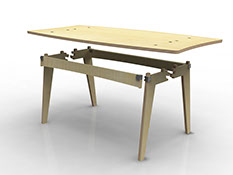 A competition titled winning table made from a single sheet of FSC plywood.

The competition was run by the Design website Design21 and titled

'Going with the grin'

An ironic piece about man's thirst for oil. 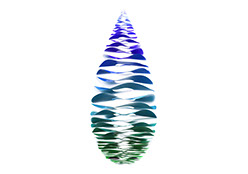 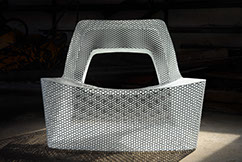 IS THIS THE COOLEST CHAIR EVER MADE?

Some ideas just come from the want to create something new. I had this idea to make a range of outdoor seating using the very simple process of rotational moulding. The plan would be to make the mould my self from sheet steel using only flat and rolled surfaces thus limiting my self to a jigsaw (with lots of spare blades) a sheet steel roller and oxyacetylene welding equipment. 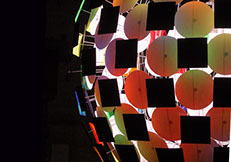 Many of my finished projects come about from piecing together several disconnected ideas into one . . . .  . project. IRIS however happened one day whilst I was sitting in my office, a weird pink glow was emanating from behind my laptops screen and I just couldn't for the life of me work out where it was coming from..... 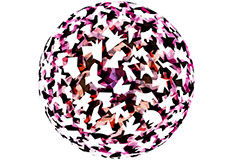 While I was working on IRIS (see above) I started to revisit an old idea based on creating an exploded object frozen in space.... 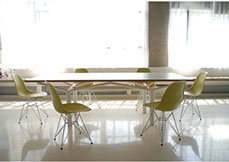 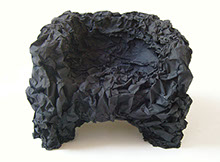 I have always worked in film and TV in one form or another.... As an art director you tend to find yourself staying late to dismantle and remove the set from the studio. One thing I always noticed lying around on the floor was all this discarded black painted aluminium foil used by the lighting technicians.

The materials was mouldable and held its shape which to me seamed the perfect material to make a piece of furniture from.... 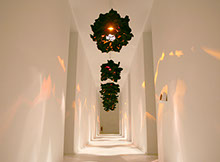 The story of the Black-Light actually originates from the Crunk Chair (see above). 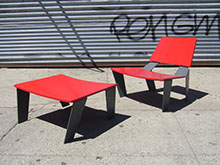 The Lander chair took almost 10 years from conception to completion. "You have to work to make your art". I still think the Lander chair is one of my greatest achievements but it was a project far bigger than any one person could realistically take on with limited resources (hard cash).

So the L3 was to become a stripped down version of the original Lander chair using only moulded plywood and folded sheet aluminium legs. 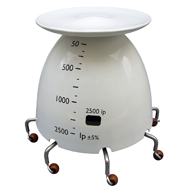 I decided to reboot the Wheelers I had originally made in 2004 and this time update the design and go all out on customising the batch of 15 I made for the Milan furniture fair.

This one is the Medic. 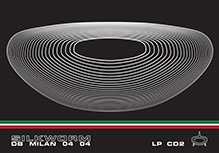 A man made cocoon wound from 400m of polyester yachting rope that now resides by a swimming pool in LA. 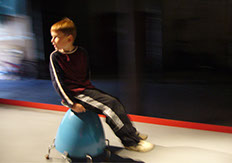 Personally I don't know why Wheelers didn't take off..... Stools with lots of wheels has to be a winner. 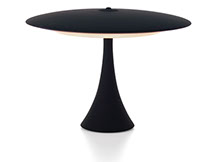 Felix was supposed to be a blend of high technology and traditional crafts blending newly available white LED lighting and slip cast porcelain, the prototype didn't work very well so I made this version in resin and vacuum formed plastic. Just at the same time Sebastian Wrong launched his Spun light through Flos with a very similar base leaving my light in the shadow. 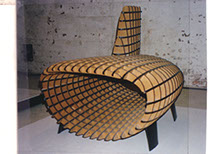 A 'buck' is a wooden form used by panel beaters to shape aluminium sheets to make prototype car body parts. During the construction of the original Lander A-10 I made a quick slot together prototype from MDF to check the size and shape. It reminded me of a car buck I had seen in an exhibition in Italy and decided to make an actual buck from laser cut MDF......

The 3D and 2D Rhino model took a week to draw and a night to cut out. 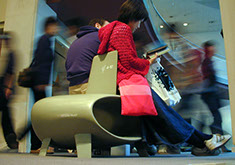 The finishing of the Lander chair heralded the start of a creative period and a run of exhibitions that took my work around the world with the notable help of Piers and Rory aka Designersblock.

With the arrival of the 'freely' available downloadable 3D software it was suddenly possible to make something in the fraction of the time it would have normally taken. 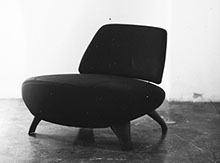 The Lander project was started in 1996 with the goal to make a 'WOW' piece of furniture. It was called the 'Lander' project precisely for this reason, like a vehicle or craft coming down to earth bringing with it the arrival of Charlie Davidson. Well the plan didn’t really work as it cost me a small fortune and nobody thought very much of it, apart from one friend called Nick. 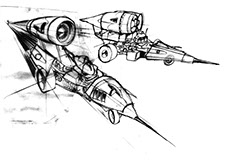 My career started with a three month contract with LEGO, The Danish toy company based in Billund. They employed me as a freelance concept designer during the time when LEGO was struggling to find their way with onset of games consoles, cheap electronic toys and new construction toy systems.

Its only natural for a recently graduated furniture designer to want to make furniture.... I was actually fed up with the design world, with all the stuff that was out there and I thought what the modern world need was furniture with some character, like it could get up and walk away.....